A number of galaxy clusters contain diffuse, steep-spectrum radio emission. The most obvious of these are large, extended sources (R ~ 1 Mpc) that are often found in merging clusters, known as 'radio halos.' There is a second class of these features, found in the cool cores of more relaxed galaxy clusters (R ~ 100-200 kpc), known as 'radio minihalos.' To be observed at frequencies of 100s of MHz to 1 GHz, the radio emission must be produced by relativistic electrons with energies $\gamma \sim 10^3 - 10^4$. Since the time for cosmic-ray electrons (CRe) to diffuse across the cluster is much longer than their radiative loss time at these energies, the electrons must either be reaccelerated by some process or continuously injected in situ. 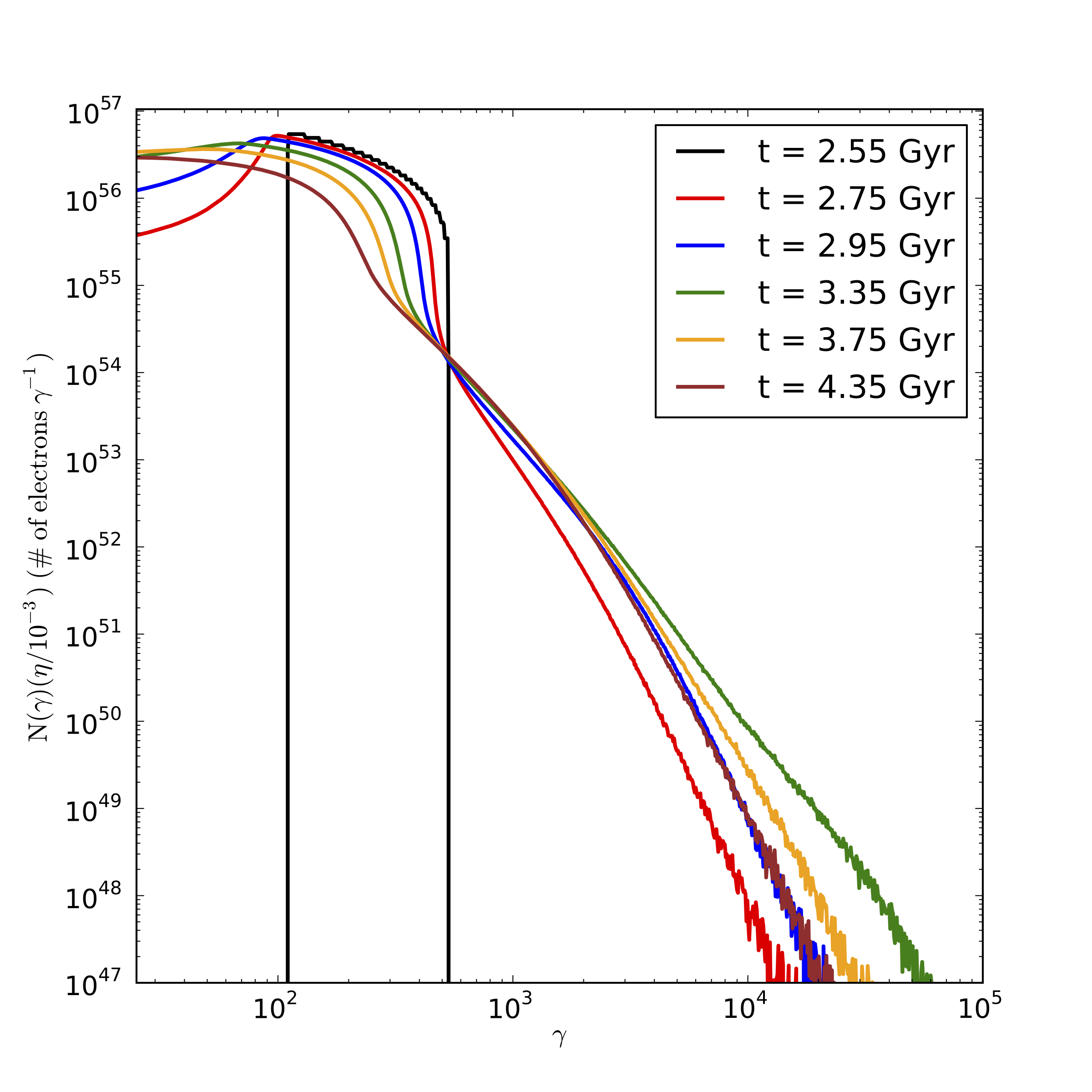 Figure 1: Electron spectra at different epochs in our reacceleration simulation. The initial spectrum with few high-energy particles is transformed into a power-law spectrum extending to high energies.

CRe with energies $\gamma \sim 10^2$ may build up in the cluster volume due to acceleration by AGN and shocks and production via hadronic processes. These electrons may then be reaccelerated by MHD turbulence driven by cluster mergers. Relativistic particle reacceleration provides a natural explanation for the steepening of the spectrum at high (~1 GHz) frequencies seen in many halos and minihalos, due to the competition of reacceleration and radiative losses. In a cool core cluster, interactions with subclusters produce sloshing of the gas, which is observed in the X-ray band as spiral-shaped cold fronts. Mazzotta & Giacintucci 2008 discovered a correlation between sloshing cold fronts and radio minihalo emission in two galaxy clusters, and other examples have been found since.

In line with this evidence, in ZuHone et al 2013 we performed a MHD simulation of gas sloshing in a cool-core cluster and included the The sloshing produces MHD turbulence with $\delta{v}$ ~ 200 km/s onlength scales of ~10 kpc, which we showed is capable of accelerating relativistic CRe up to the energies required for producing a minihalo. The spatial distribution of the radio surface brightness and its spectrum are consistent with observed minihalos. In particular, the minihalo emission is bounded by the sloshing cold fronts, exhibiting very sharp drops across cold front surfaces. Secondly, the minihalo emission is steep-spectrum, due to the trade-off between reacceleration and radiative losses on the CRe at high energies (Figure 1). Also, the minihalo is produced on a very short timescale (< 1 Gyr) and decays afterward (Figure 2). This is in line with the fact that not all cool-core clusters possess minihalos. 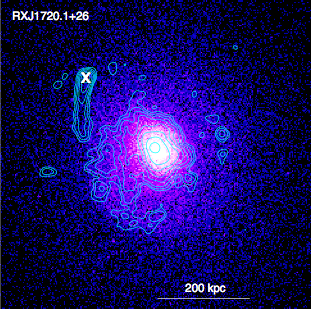 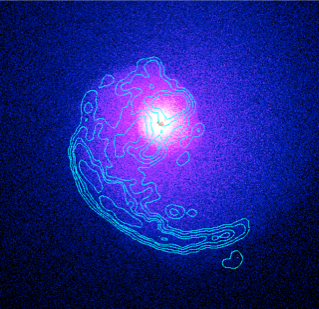 In a subsequent work (ZuHone et al 2014), we studied the interplay of sloshing and the injection of relativistic CRe via hadronic interactions as an alternative hypothesis for the existence of radio mini-halos. In this scenario, the confinement of the radio emission to the volume bounded by the cold fronts is explained by the amplification of the magnetic field below the cold fronts (Keshet & Loeb 2010). This rapid field amplification is also held to be responsible for the steepening of the CRe and radio spectra seen in minihalo (and radio halo) sources (Keshet 2010).

We employed a simplified model where the hadronically generated CRe spectrum was allowed to deviate from a steady-state model due to rapid magnetic field amplification. In our simulation, diffuse radio emission with the power and spatial extent typical of mini-halos was produced. However, this emission had very different properties than that produced in our previous simulations using CRe reacceleration. Firstly, the emission was more extended, exhibiting only shallow drops across cold front surfaces (Figure 4). Secondly, we found that the spectral steepening produced by rapid magnetic field amplification was marginal, resulting in a steepening of the radio spectral index $\Delta\alpha$ < 0.2 (Figure 5), which is inconsistent with a number of minihalos with steeper spectra. 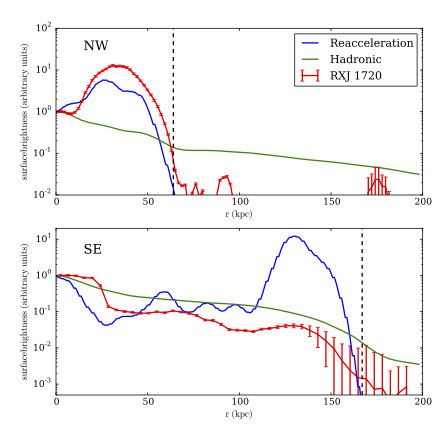 Figure 4: Comparison of radial profiles of radio emission (normalized) from our reacceleration and hadronic models with the profiles from the minihalo source RXJ1720.1+2638 (see Figure 3a above). The drops in radio emission at the cold front surfaces in both the observation and the reacceleration simulation are very sharp, but are much shallower in the hadronic simulation. 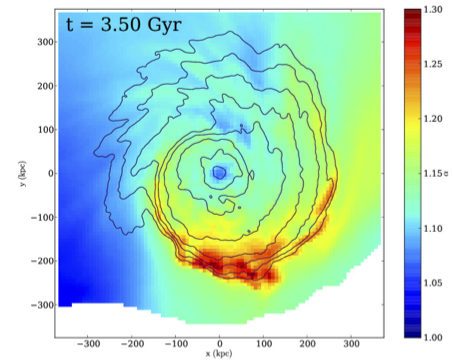 Figure 5: Spectral index map from our simulation with 327 MHz radio contours overlaid. Some spectral steepening occurs along the cold front surface (seen in red), but the spectral index is only $\Delta\alpha$ ~ 0.15 greater than the steady-state value of $\alpha$ ~ 1.15.